Nokia was the best mobile manufacturer ever until now. Things are slowly changing for Nokia as its competitors are growing strong with their Android operating system. Nokia is having a hard time coming back. 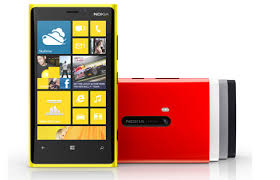 Nokia who is working with Microsoft Windows and Symbian OS are really not being able to catch up with Android which has a large application library.
Windows 8 phone especially Nokia Lumia 920 has been very successful but not as successful as Samsung Galaxy S3 or the iPhone 5 or HTC One X. People don’t want to migrate to Nokia as neither Symbian or the Windows phone have as many features as Android or iOS. Nokia’s  Asha series is really doing well in the low-end segment. But that isn’t enough for Nokia to get back up. Windows Phone seems to be Nokia’s last hope.

If Windows Phone 8 fails, then what? Will Nokia go do just as Blackberry did? No, Nokia won’t go down by any means. Nokia is planning to build Android smartphone if Windows Phone doesn’t work well. That will sort everything out. There’s no doubt that people will come back running to Nokia if it adopts Android as its operating system. Nokia is trying its best to take the lead like the old times and looks like it is succeeding slowly. Lumia phones have been a great help to Nokia to get its share back. No doubt, Symbian is slowly dying.
Talking about Nokia rising up, there is no doubt about it. Nokia will rise up and stand where it used to be years back. If Nokia takes up Android, there’s no doubt, it will be the No.1 smartphone maker as well as No.1 smartphone seller. Even if Nokia doesn’t take up Android, it will catch up as Windows Phone is improving greatly in the recent times. Nokia will be back to wow you all. It’s just a matter of time….
Thank you for reading my post.Stay tuned and stay updated. Do send comments and suggestions down below. You can also catch me on my Facebook page.

Poco M3 launched with 48MP Camera at an attractive price

This site uses Akismet to reduce spam. Learn how your comment data is processed.

Poco M3 launched with 48MP Camera at an attractive price

TechnoNepal is your tech news, automotive news, and update portal. We provide you with the up to date news and update on anything related to technology in Nepal.
Contact us: contact@technonepal.com

Samsung Nepal launches the Galaxy A7 2018 in Blue

Where to buy gaming consoles in Nepal